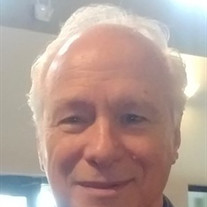 Albert "Al" Hopkins of Browns Mills, NJ, passed away peacefully the morning of April 29, 2022. Born in Brooklyn, NY. He was one of ten children. As a child, Al was member of the Boy Scouts. He often spoke about one of his fondest memories when his father, who was his troop leader, along with his uncle, taught him how to safely operate an M1 Garand. This tradition was one that Al shared with his children which now has spanned four generations. Additionally, Al was a New York State gymnast competing in events including the pummel horse, rings, trampoline, and floor. His athleticism and hard work allowed him to perfect the triple dismount earning him first place in multiple competitions. He was also passionate about photography and was a very talented artist. Al later showed bravery, voluntarily enlisting in the United States Air Force during the Vietnam Conflict. Selflessly, he volunteered to serve a total of seven combat tours in Vietnam. While serving in the Philippines, Al met the love of his life, Luming "Lu" Layug and the couple married on December 16, 1990. He was honorably retired from the U.S. Air Force and was a lifelong member of the Philippines chapter of the Veterans of Foreign Wars. Al fiercely loved his family and was extremely proud of his seven children and their accomplishments. He instilled a strong sense of adventure and family in each of them. Because of Al's influence, you will not find a more adventurous or tighter knit family than that of the Hopkins. Al was preceded in death by his parents, James and Florence Hopkins, and his siblings, Timothy Hopkins, Edward Hopkins, and Florence McCormick. Al is survived by his loving wife, Lu Hopkins, and his children Debbie and David Jones, Albert Jr. and Christina Hopkins, Christine and Solomon Osorio, Robert and Toni Hopkins, Roger and Betsy Hopkins, Susanne and Donald Fisher, and Andrew Hopkins. He is also survived by his grandchildren, Adrianna and her husband Brian, Savannah and her husband Terrell, Katerina, Drew and her husband Tyler, Jordan, Kadin, Anthony, Alice, Laura, Kayla, Logan, Vanessa and her husband Hans, Emilio, Curtis, Colbie, Donovan, Isabel, Ayden, Autumn, Audrey, Donald Jr., and Jade. Al had five great-grandchildren, Ansley, Amelia, Lillie-Ann, Ty, and Rhett. He will be forever loved and never forgotten. Relatives and friends may greet the family on Monday, May 16, 2022, from 9-10:30AM, at the Moore Funeral Home, 371 Lakehurst Rd., Browns Mills, NJ. A Funeral Mass will be celebrated at 11AM, at St. Ann's Church, 22 Trenton Rd., Browns Mills, NJ. Al's final resting place will be Arlington National Cemetery, Arlington, VA; date to be determined. In lieu of flowers, please make a donation to Deborah Heart and Lung Center, 200 Trenton Rd., Browns Mills, NJ 08015.

Albert "Al" Hopkins of Browns Mills, NJ, passed away peacefully the morning of April 29, 2022. Born in Brooklyn, NY. He was one of ten children. As a child, Al was member of the Boy Scouts. He often spoke about one of his fondest memories... View Obituary & Service Information

The family of Albert Hopkins created this Life Tributes page to make it easy to share your memories.

Send flowers to the Hopkins family.