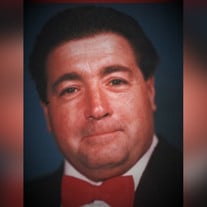 Arthur Roy Puglia, age 78, of Columbus, NJ passed away peacefully at home on Monday, April 25, 2022 surrounded by his loving family. Born in Philadelphia, Pennsylvania on August 2nd, 1943, he was a graduate of Delhaas High School, “Class of 1961”. He grew up in Bristol, PA where he married his beloved wife Rita, 60 years ago on August 29th 1962. In 1968 he moved to Mt. Holly, NJ. In 1978 he made his final move to Columbus, NJ. Here he firmly placed roots and made a name for himself as a life-long farmer who became a leader in local politics, and owner of several small businesses. His proudest accomplishment, is his family. Arthur was Mayor of Columbus, NJ for 10 years, a well-respected of the Township Committee, and served on the planning and zoning boards. He farmed produce for 15 years, and continued his passion for plants for the remainder of his life. (His family fondly remembers delivery of fresh basil bunches each spring and bright red poinsettias each winter). He pursued his entrepreneurial spirit as owner of a pizza shop, deli, bakery, produce market, and flower shop. He was a proud member of the Italian American community. He belonged to the Columbus Chapter of UNICO National, and was named their “Man of the Year” in 2003. Arthur cherished his family and friends, who remember him for his colorful and vivacious personality. A man who helped many and expected nothing in return. His happiest days were spent cooking food for his family and spending time talking to his children and grandchildren. He is survived by his loving wife Rita; 3 children Arthur Jr. (Angie), Lisa (Mike), and Brian (Kristina); 7 grandchildren Sarah, Michael, Emily, and Julia Cottrell, Tiffany, Kevin, and Sesalee Puglia, and 2 great grandchildren, Jamison and Julian Puglia. Relatives and friends may attend a memorial service on Friday, April 29, 2022 at 11 AM at Columbus Baptist Church 24260 W Main St., Columbus, NJ 08022. Donations in lieu of flowers may be made to Columbus Baptist Church. Arrangements are under the care and direction of Huber-Moore Funeral Home, Bordentown, NJ.

Arthur Roy Puglia, age 78, of Columbus, NJ passed away peacefully at home on Monday, April 25, 2022 surrounded by his loving family. Born in Philadelphia, Pennsylvania on August 2nd, 1943, he was a graduate of Delhaas High School, &#8220;Class... View Obituary & Service Information

The family of Arthur R. Puglia created this Life Tributes page to make it easy to share your memories.

Send flowers to the Puglia family.